When will you be getting your Buds2Go?

Buds2go is among Canada’s premier options for ordering Marijuana online and we are incredibly happy to be reviewing them today. They are truly a founding leader in the industry when it comes to Quebec mail order marijuana and this is demonstrated throughout every step of the process. Their easy to use website and live-chat option make ordering a breeze and their customer service is constantly available if you need assistance. Furthermore, Buds2go offers a loyalty points program to their clients, which are redeemable towards this MOM’s products.

The package was expertly sealed and professionally packaged with vacuum sealing to ensure there were no curious eyes, (or noses) that could detect the precious cannabis product within. As we opened the package, we could appreciate the time and effort put into ensuring our package was arranged neatly, with clear and concise labelling. Furthermore, all products were weighed, deemed accurate and lastly; the package arrived within 3 days of the order taking place.

Mango Haze from Buds2go had gorgeous, small and medium, densely compressed nuggets, that were a mixture of sage and laurel greens. There were a generous amount of rusty-red pistils and microscopic, crystal trichomes dusted sporadically throughout the bud. There was a sweet, almost tropical fragrance to the sativa dominant hybrid, that was incredibly pleasant to inhale.

When combusted, Mango Haze was silky smooth on both inhale and exhale. This strain caused a slight drying effect, had a subtle woodsy earthiness to the flavour; in addition to, having a sweet tropical aroma. The smoke was light and refreshing in nature.

When vaped with the Arizer V-Tower, the vapour produced copious amount of light and refreshing vapour that had a rich earthiness to the flavour. The vapour also left a bright, tropical sunshine fragrance lingering in the air as a sweet reminder of the hit consumed.

Buds2go’s Mango Haze produced an immediate uplifting effect; as well as, a happy and relaxed mood. Furthermore, this strain produced an energetic euphoria that kept us going for hours. Mango Haze is the perfect daytime medication; ideal for those suffering from fatigue, Fibromyalgia, chronic stress, anxiety, depression and/or migraines.

As I opened the ziplock, the pungent aroma of UK Cheese plowed through my senses. The powerful fragrance of blue cheese, with hints of a spicy and sour undercurrent, were most prominent. UK Cheese was a mixture of sage, hunter and olive greens and had fiery-orange pistils littered generously throughout the bud. There were also thousands of tiny, white crystal trichomes, glittering furiously beneath the light.

When combusted, there was an immediate spicy earthiness that spread throughout my taste buds pleasantly. The smoke was silky smooth and the pungent aroma of blue cheese filled the air. Buds2go’s UK Cheese also produced a slight aridity in my mouth, be sure to have a healthy beverage on hand!

When vaped with the Arizer V-Tower, there was a subtler flavour profile of a silky soft earthiness; as well as, a light and pleasant spiciness that made UK Cheese quite memorable while vaping. The vapour produced was light and airy, dissipating quickly; however, it left a soft and subtle, spicy pungency, that remained pleasantly as a fond memory of the hit consumed.

Buds2go’s UK Cheese produced a cerebral, heady, mindfulness that could be felt almost immediately. Relaxation quickly followed; in addition to, a creative and calming focus and an energetic euphoria that was the perfect combination for a daytime medication. This indica dominant hybrid was a rare hybrid that balanced its traits and delivered a sativa-like, non-drowsy, daytime high; with powerful pain-relieving and calming indica traits without sedation.

Organic Nuken had a subtle earthy and herbal aroma as we opened the bag. The small and medium buds sparkled with a modest amount of beautiful, tiny, white crystal trichomes. The nuggets were laurel green, with bright, ochre-coloured pistils intertwined throughout the bud.

When combusted, Buds2go’s Organic Nuken was slightly harsh on inhale; be prepared, have the bong water ice-cold, with ice cubes if possible, and also have a healthy beverage on hand(if these steps are followed, you will have a silky smooth bong hit; unlike myself). The smoke had an arid effect on my mouth; as well as, a rich and deep earthiness that lasted far beyond my last hit.

When vaped with the Arizer V-Tower, the vapour was smooth, thin and light; making Organic Nuken incredibly easy to overindulge in(bet you won’t be able to have just one either!). The vapour tasted of deep-forest earthiness; combined with, a musky spice that remained as a pleasant aftertaste. Unfortunately, you will also have to keep that water bottle handy; there was a creeping drying effect that intensified after the hit was completed, be warned!

Buds2go’s Organic Nuken was a well-balanced and powerful, indica dominant hybrid, that delivered a surprisingly mindful, alert and introspective high. This well-balanced hybrid also promoted an uplifted and happy euphoria as well as, a seductive, full body relaxation. Organic Nuken can be used both daytime or at night; ideal for those with chronic pain, Fibromyalgia, Crohn’s Disease, Multiple Sclerosis, appetite loss, depression, nausea or anxiety.

The small and medium, lime and forest green buds of BC Kush had thousands of nearly microscopic, beautiful, white crystal trichomes that reflected the light. The nuggets had bright and vibrant rusty-red pistils standing frozen at attention. There was a sweet earthiness to BC Kush; in addition to, an herbaceous fragrance. This almost pure indica has won the Cannabis Cup twice for best indica and remains a local secret (but not for long!).

When combusted, BC Kush from Buds2go produced copious amounts of dense, rich clouds of aromatic smoke. The smoke was also incredibly smooth, on both inhale and exhale. Furthermore, the smoke had a rich, spicy earthiness; as well as, an herbal flavouring that lingered on as a distant; but pleasant, memory.

When vaped with the Arizer V-Tower, the vapour produced was copious and dense; containing a subtle and mild spiciness. The vapour also possessed a pleasant tannic flavouring; reminiscent of an oaky, red wine. There was a mild earthy aroma left to linger after the hit was completed.

This powerful indica from Buds2go created a relaxed, euphoric and full body couch-lock that lasted hours. BC kush does not completely sedate, however; much to our delight! There were introspective moments followed by happy, talkative bouts and there was a deep pain relief suitable for chronic pain sufferers. Buds2go’s BC Kush is deal for chronic pain, Fibromyalgia, nausea, appetite loss, depression, insomnia, anxiety, Multiple Sclerosis, Crohn’s Disease or, alternatively; this strain is great after a long, hard day.

Pura Vida Honey Oil from Buds2go fit a standard 510 battery. This pen quickly became my new favourite toy; it was small, discreet and I could virtually smoke discreetly everywhere (including the awful laundromat I had to go to, yuck!).

The honey oil vapour was silky smooth, both on inhale and exhale. There was a spicy muskiness and a potent lemon flavouring; as well as, a subtle mint taste that was incredibly pleasant and memorable. Pura Vida Honey Oil had a sweet and skunky aroma; as well as, copious amounts of dense, rich and voluminous clouds of beautifully pungent, full terpene vapour.

The high from Buds2go’s Pura Vida Honey Oil started soft and subtle; with a creeping full body relaxation, followed by an inner calm and grounded sense of self. There was a moderate amount of euphoria; in addition to, a focused introspection that lasted long after I released the pen. Furthermore, there was an energetic creativity that would be sure to brighten anyone’s day!

After warming the syringe under hot water for a minute or two, I unscrewed the cap and easily navigated the thick, semi-viscous, semi-solid, gooey and highly sticky liquid into the Kandy Pens chamber.

The honey oil was a beautiful, translucent amber colour, and the aroma was pretty contained by the syringe; however, I could still smell the sweet, earthy and green herbal aroma of the delectable honey within.

Sky High Honey Oil from Buds2go produced a deep full body high that eased and relaxed every muscle. A calming euphoria enveloped me in its serene and peaceful embrace; as well as, a deep focus and a creative introspection that was unmatched.

This oil combined a potent combination of indica and sativa traits that produced mild feelings of sedation; however, the sativa traits of the oil balanced the potent honey oil. This honey oil was ideal to use both daytime and at night and could treat a wide variety of ailments, such as: nausea, insomnia, Fibromyalgia, Multiple Sclerosis, Crohn’s Disease, depression, anxiety and/or glaucoma.

Sky High Honey Oil from Buds2go is DispensaryGTA’s favourite new honey oil – there is no other choice if you want high grade, top-shelf quality oil.

The gooey, sticky and beautifully poured shatter from Buds2go laid on the wax parchment paper before me. POG Kush Shatter had a rich, sweet earthiness; in addition to, an herbaceous, woodsy aroma. The fragrance made me eagerly anticipate the beautiful dabs I was about to experience with the Kandy Pen.

The voluminous, dense and rich vapour from POG Kush Shatter had a dried wood flavour; with a subtle earthiness and aged spice that lingered enjoyably as an aftertaste. The vapour was silky smooth, both on inhale and exhale and the dab retained a subtle herbal flavour that was layered in the complex flavour profile.

The high from Buds2go’s POG Kush Shatter slammed us with couch-lock and a happy and lazy euphoria that left us relaxed and sleepy. Novice users should use caution with this powerful medication. This strain aides in treating Fibromyalgia, nausea, depression, Multiple Sclerosis, Crohn’s Disease, appetite loss, chronic pain, insomnia, eating disorders and/or anxiety.  This strain is heavy hitting and the perfect accompaniment after a long week when you can relax and put your feet up.

Please see our edibles page to receive a comprehensive guide on the do’s and don’ts of edible consumables.

Buds2go’s MOTA Sour Squares were quite possibly the best candy edible we have ever had the pleasure of trying. The candies were coated in a sweet and sour sugary coating that packed a ferocious sour explosion in my mouth and satisfied my never-ending sweet tooth.

MOTA Sour Squares had 15 individually flavoured candies for a total of 150mg THC. These delicious treats are bite-sized, discreet, and they are in small enough dosages that novices and experienced users alike can set metered, accurate doses. 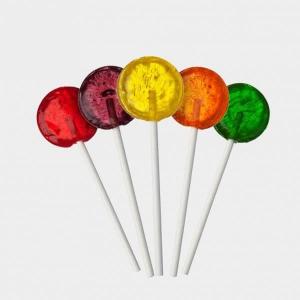 The MOTA Medicated Lollipop was a gorgeous, sugar-filled delight. From the moment I set my eyes on the swirling, round candy on a stick, I was tantalized by the way the sugar sparkled in the light.  The bright pink candy had a very strong watermelon flavour and had no taste of cannabis. It was exactly like an oversized lollipop and tasted delicious.

These tasty lollipops from MOTA were a great way to dose yourself accurately with 150mg of extract. Although not the right choice for diabetics or those sensitive to extremely sweet edibles, this will sure to be a crowd pleaser and was as delicious as it sounds!

As you can see, we have taken the time to thoroughly review many products from Buds2go and we found the products exceeded our expectations. The massive selection of product will ensure you are never again, searching, in vain, for another MOM dispensary.

Furthermore, Buds2go offer some of the best prices in Canada, no joke. If you’re looking for fresh, well-cured bud, powerful concentrates and delicious edibles, then look no further than this bad-ass dispensary!

We truly believe that there are very few MOM dispensaries that could come close to Buds2go and this MOM comes with DispensaryGTA’s seal of approval; as our most recommended dispensary to date! Find out why so many of our users pick Buds2go as their go-to dispensary.

Get your Buds2go today and leave us a comment below!