Do you want some Cannabisy?

Cannabisy is one of the up and coming players in the Canadian cannabis market and their product catalogue is loaded with so many goodies that you may never need to look for another dispensary! They are located in Vancouver, British Columbia and offer fast shipping across Canada with Canada Post.

Cannabisy firmly believes in supporting their members’ right to high-grade medicinal cannabis.  This MOM dispensary only works with top-tier cannabis providers offering only the very best products to their customers.

The package arrived within 3 business days and we were impressed with the quality of the packaging and the labelling of their product. Cannabisy took the time to label their products clearly and concisely; allowing fast identification of the strain. The products were also well branded with Cannabisy’s logo; another aspect we wish other MOM dispensaries would pick up on frankly.

Cannabisy also provided a handy zipper seal bag in order to keep your product contained and fragrance-proof. The package easily fit inside a standard mailbox and the level of discrete professionalism was impeccable; we would never have guessed what this package was! The package was triple sealed; including an aluminum foil layer to protect against x-rays.

The small-sized buds were coated in a heavy layer of beautiful, frosty, white crystal coated, trichomes. The buds were a mixture of sage, laurel and hunter greens; with bright, fiery-orange pistils spread sporadically throughout the bud. These nuggets had an earthy, sweet and pungent scent that was as pleasant as pungent. 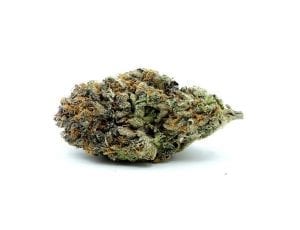 When combusted, Screw Head OG produced a sweet and skunky aroma that lingered pleasantly; but also potently. Be warned, this variety is not the strain to use when your roommate disapproves of your cannabis habits. Furthermore, there was a heavy earthy flavour to the smoke; however, there were also subtle hints of a tropical, almost citrus flavouring; along with another subtle tone of deep woods.

When vaped, there was an earthy, musky and berry undertone; with a light citrus overtone that elevated this strain far beyond its meagre status beginnings; reminiscent of Mr. Trump in his formative years.

The high from Screw Head OG was a mixture of both sativa and indica blends. There was mild pain control; as well as, a focused, a strong cerebral mindfulness that lasted, at least slightly; throughout the high. The effects remained somewhat rejuvenative towards us; reminiscent of Mr. Trump after a hefty dose of Cialis.

The medium, sweetly pungent, hunter, sage and lime green buds of Gorilla Glue #1 sparkled with a light dusting of glittering, white, crystal trichomes. There were deep, ochre and rusty red pistils bursting forth from the bud. 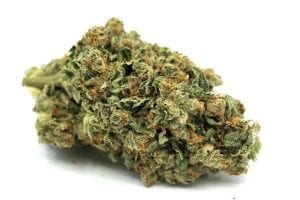 When combusted, the sweet and pungent aroma burst forth into the air like a beautiful smoke show; however, this pungent indica strain is not for novices or people with a strong, offensive-prone nose. Gorilla Glue #1 was far smoother than her sister strain, Gorilla Glue #4. Gorilla Glue #1 left a heavy earthy and woodsy flavour as a pleasant aftertaste I wanted to continue to replicate.

When vaped with the Arizer V-Tower, the vapour was light and airy; with both the earthy and woodsy flavour profile; as well as, a spicy pine flavour that will be sure to clear the sinuses! There was a subtle lingering earthiness; however, evidence of the vapour dissipated quickly.

Gorilla Glue #1 was less sedating than her sister at first; however, in large doses this strain will still produce a creeping, heavy, couch-lock. Novices do not have to be as cautious with Gorilla Glue #1 as her sister; however, this strain still packs approximately 50/50 indica/sativa genetics ratio. There was mild pain control; as well as, mild insomnia, glaucoma, opiate withdrawal and nausea and appetite loss treatments available with this strain.

The small and medium nuggets; with a mixture of sage, hunter and laurel greens; as well as a slight undercurrent of purple, had generous amounts of fiery and rusty red pistils bursting forth from the well cured bud. The flower had white crystal trichomes, frostily covering, each and every inch of the beautiful nug. There was a sweet and musty earthiness to the fragrance; much like deeply inhaling on a warm, dry summer’s day in an untouched, seemingly silent forest. 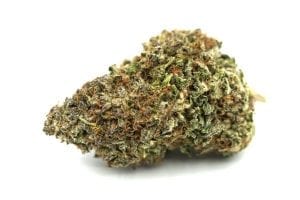 When combusted, Purple White Lightning produced a heavy pine smoke that almost overwhelmed my senses; followed by a smooth, smokey, campfire-cook taste that would be very difficult to mimic; however, very pleasant on my tastebuds; especially as an aftertaste! There was an arid flavouring that invaded my senses; water is another prerequisite for this strain!

When vaped with the Arizer V-Tower, the vapour produced was medium bodied and smooth. The deep, woodsy flavour, coupled with the musty earthiness made Purple White Lightning truly a unique flavour profile that should be sampled. The vapour had a bold pine flavouring that was very potent and creeping; the pine flavour definitely felt like it got stronger as time went on!

Purple White Lightning from Cannabisy delivered a seemingly cerebral high at first; followed by a heavy sedation and couch-lock, with enough single-minded focus to Netflix or infuriate your friends with Overwatch. This heavy indica crept up fast, have the bed and Netflix ready!

The medium, emerald and hunter green nugget that was Kush Berry from Cannabisy had a sweet and potently pungent aroma; with a slight undercurrent of berry. There were golden-orange pistils; frozen in place, as if standing at attention, sporadically placed throughout the bud. 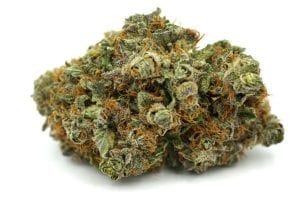 When combusted, Kush Berry produced a dry, arid environment in my mouth; as well as producing a smokey, earthy, and sour muskiness that would be quite pleasurable for a smoking connoisseur. The smoke was rich and full; being smooth on both inhale and exhale. There was a subtle woodsy fragrance that remained in the air long after the hit was completed.

When vaped with the Arizer V-Tower, there was a pungent aroma; as well as, an earthy and herbal flavour and finishing off with the sharp flavour of pine. The vapour was light, airy and dissipated quickly. 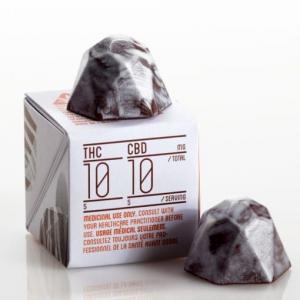 These deliciously sweet chocolates melted in my mouth the minute the sweet edibles hit my tongue. The flavour tasted rich; with a creamy, dark, milk chocolate, a sweet berry flavour and a sugary rum melded together in a symphony of flavours; reminiscent of the delectable rum chocolates you have received at Christmas.

There was no cannabis taste and the flavours combined to make a delightful little treat. Furthermore, the dosage was mild; allowing the user plenty of time to incrementally step up their edible dosage.

Cannabisy delivered when it came to quality, heavy hitting bud that will knock your socks off. Their commitment to quality shines throughout their product and we could tell every nugget was hand selected.

If you are looking for a MOM that has a selection that won’t leave you looking for more; as well as, competitive prices then Cannabisy is your one-stop-shop for quality cannabis products delivered right to your door.

We recommend checking out this MOM dispensary for yourself; as you don’t want to miss out on the incredible bud and deals offered by Cannabisy.