Have you noticed the rise in cannabis prices at retail marijuana stores? It seems like each month, retailers are pricing individuals out of purchasing this beneficial and medicinal plant. Let’s take a look at prices at dispensaries versus how it was before legalization.

It appears that the disparity between cannabis prices fluctuate heavily between recreational and medicinal cannabis. The difference in price is pushed apart further when you take the black market into consideration.

The primary reason for increased prices is due to the high operational costs associated with running a cannabis retail store. Licensing, property, compliance and an extensive inventory make for a high upfront cost. To compound the issue, each province has a certain percentage of tax revenue that they hold cannabis retail stores answerable to.

After all of the costs associated with running a cannabis retail store, how do you think these operations remain profitable? They pass over the expense to their customers. This is done by increasing the overall cost of cannabis-related products that are sold at recreational shops.

Currently, the medicinal sector is far less affected because they are required to keep their prices at a reasonable level. However, obtaining a medical license isn’t easy, and you must qualify by having a health issue that deems cannabis use necessary.

Before legalization, cannabis wasn’t being taxed. This left a large opportunity for many small-scale distributors to remain in the cannabis market and provide individuals with fairly priced marijuana.

Now that large corporations have grabbed all the available licenses, they’ve pushed out smaller producers that provided cheaper cannabis products compared to regulated and taxed products that we see today.

An excellent example of this is in the form of Canopy Growth Corporation. They’re one of the few licensed producers that have a stranglehold on the cannabis market.

Although there’s a shortage of available cannabis, regulators are insistent on allowing massive corporations, such as Canopy,  as one of the sole producers of cannabis in Canada.

This occurrence leads to increased prices due to an inflated demand for marijuana products. It also pushes consumers into a corral that means that their only option is to buy overpriced cannabis.

Further complicating issues is the need for large scale producers to cut corners on the growing and production stages. Cannabis plants are only good for so long, and as it has been demonstrated, these large corporations have had problems producing the plant, without mould, before the plant expires.

The smaller craft producers; on the other hand,  who produce smaller, high quality yields, have been shoved to the sidelines; while large corporations cut corners, (such as in the curing stage).

This has left customers with overpriced, overdried and inferior cannabis products, that have been pushed onto Canadian customers, as the only legal method to purchase weed.

How Much Does Cannabis Cost, Anyways?

Recreational prices are pegged at roughly $15 per gram. This is a nearly 100% increase from what prices could normally be found at pre-legalization ($5-8 per gram of cannabis). Prices have gone from reasonable to absurd, and to prove this; take a look at some prices of recreational cannabis shops throughout Canada. 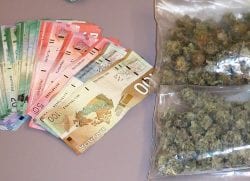 Wild Boutique is a recreational cannabis store located in Regina, Saskatchewan; and their price per 1/8th is pegged at $52.95. This translates into $15 per gram, and for most, these prices are becoming unrealistic – especially if you consume a large amount of marijuana throughout the week.

Of course, it needs to be understood that these shops increase the price to stay afloat. Profitability is the keyword and without it, most businesses would fail as investors abandon ship. What this issue does show us clearly, is that regulation has failed the consumer by allowing exorbitant, price-gouging to reign supreme.

Why is Cheaper Better for the Consumer?

Cheaper cannabis is better for the consumer because it reduces the barrier for participation. Cannabis has proven itself to the public that it’s beneficial, medicinally and recreationally and should be easily accessible to those that are of legal age.

Higher cannabis prices shut out some of the people that need it most, especially for those who are sick and are unable to qualify for a medical cannabis license.

The OCS, the legal online distributor in Ontario has very high prices.

Higher cannabis prices also fuel intense competition between producers, distributors and retailers. As each aspect of the cannabis industry raised its expenses, the burden will always be placed on the consumer to make up for the lost profits.

As noted earlier, this can be seen when a cannabis retail shop increases prices to cover their expenses associated with remaining compliant with local regulators.

Cheap cannabis pricing existed before legalization; but has, for the most part, disappeared. The only recourse for most individuals is to seek out local marijuana cultivators or use the smaller, craft producers, who exist in the fringes of the grey market and often sell through anonymous online MOM servers or Instagram. .

These individuals are the last stand between consumers and highly-priced cannabis. Small-scale marijuana cultivators are individuals who grow, process and sell their own marijuana at a reasonable rate.

Regulators feel that small-scale cannabis cultivators embody the black market, but in fact, they allow customers to pay a reasonable amount for weed products.

Moreover, statistics have shown that it used to be common for consumers to pay roughly $6 per gram of cannabis and now, prices at retail cannabis stores have soared well over 100%.

Cannabis regulators also have implemented stringent laws to obtain licenses, in which only heavily financed companies can obtain.

By pushing small-scale cannabis cultivators out of the picture, it appears that these small producers are fighting back by advocating and opening a new avenue for customers to obtain cannabis at fair prices and also obtain bulk rates, which existed before cannabis legalization, but has disappeared from legal market, as companies charge per gram instead of giving deals the more you purchase.

The question that needs to be asked is: since cannabis is becoming too expensive, why aren’t smaller cannabis cultivators allowed to distribute cannabis legally? Of course, the answer will come swiftly from regulators, stating that licensed cannabis retailers provide products that are verified to be safe.

What they don’t tell you, is that cannabis prices are rising because regulators demand a high cost for cannabis licensing.

When small-scale cannabis cultivators distribute their products, price discovery occurs. What we see is that individuals are willing to pay between $5-8 per gram of cannabis. This is in direct contrast to what retail recreational cannabis shops charge, such as $12-15 per gram of cannabis.

Although the black market gets a bad rap, it does provide cannabis at competitive and fair prices. Instead of incredibly expensive licensing fees, regulators should focus on allowing small-scale cannabis cultivators access to testing facilities, to guarantee that their cannabis is free of any harmful residues.

Overall, the market will make its decision over time. It already appears to be in favor of the alleged black market, considering the tax revenue generated in provinces throughout Canada has been lackluster.

In a country so profoundly steeped in cannabis cultivation, it’ll prove difficult to force consumers to pay a high price for a plant they’re already used to consuming and can grow themselves.

Have any questions about the high prices associated with the legal cannabis industry? Please don’t hesitate to leave a detailed comment in the space provided below.