Cannabis stocks are on the rise. These volatile assets have already been through boom and bust cycles, but what’s driving their current growth? The answer is firmly planted in the fact that the marijuana industry is seeing political, corporate, and public acceptance.

What used to be a grassroots movement has found itself directly tradeable on the Toronto Stock Exchange and the Canadian Securities Exchange.

Join us as we take a look at various marijuana listings and why you should pay close attention.

Where to Find Cannabis Stock Listings

If you’re ready to become a retail investor in cannabis stocks, then the top locations to find them is on the Toronto Stock Exchange (TSX) and the Canadian Securities Exchange (CSE). These major exchanges list every single cannabis stock that you can hope to get your hands on.

Once you’ve opened an account and contracted a broker, you can begin persusing the many cannabis stocks on offer.

If you’re looking for an online option, such as Robinhood, you’ll have to wait until an alternative is available for Canadians.

There’s an abundance of marijuana stock listings that you should know about before delving into obscure cannabis penny stock equivalents. Let’s take a look at the most popular cannabis stocks available.

If you’ve even glanced at cannabis stocks, then you’ve seen Canopy Growth Corporation. This is one of few marijuana companies that led the charge over the last handful of years, gaining worldwide recognition, massive corporate partnerships and has produced an unfathomable amount of cannabis. 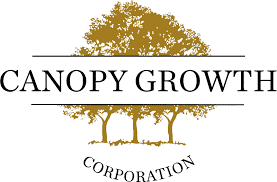 Currently, $CGC is trading at $35 at the time of writing. Had you bought in 2016 at $2.15, you’d be significantly in the green at the moment. However, if you bought during the peak of the bull season in late 2018 ($56), then you’re still recovering from a significant pullback.

Canopy is a volatile stock because they are continuously in the news. Cannabis shortages, new partnerships and controversial CEOs are the norm, so you can expect to see large gains and losses even though this weed listing has become popularized.

Another classic cannabis stock. This ubiquitous brand has positioned itself as a hallmark of Canadian cannabis, and they aren’t going anywhere anytime soon.

During the 2016 pre-bull run days, $ACB was trading at roughly $0.67. At its height in 2018, it reached a whopping $15.07. It currently stands at $8.90 at the time of writing. There’s always notable news when it comes to the marijuana industry, and Aurora always manages to find itself in a news story. Recently, Italy gave Aurora Cannabis the sole contract for producing medicinal marijuana for the Mediterranean country. 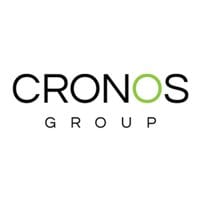 This Toronto-based cannabis company is worth keeping an eye on. The main reason is that Cronos has branched outside of Canada, reaching a global market with the likes of Germany and Poland. Since Cronos is busy setting up shop in Europe, it can be expected that $CRON has the potential to rise once the European Union creates a legal framework for cannabis laws.

Based in the picturesque town of Nanaimo, Tilray Inc. produces medicinal and recreational cannabis. They’re well-positioned, not only for the North American cannabis market, but also for the European front as well. Tilray has production facilities in Portugal, which give it a head start against competing Canadian cannabis companies. Currently, their stock is $43.50, one of the highest prices in the cannabis industry.

With a $1.6 billion market capitalization, Aphria is one of the largest cannabis companies in the world. The facts all align for a robust future performance: European expansion, distribution deals throughout Canada, and educational programs that are meant to increase awareness for the brand.

This stock was a popular option a year ago, but it’s since fallen from glory with a significant crash from $18.45 to its current price of $6.40. Although this drop is hard to look at, it can’t be denied that this cannabis powerhouse is set to change the way the world consumes marijuana.

CannTrust Holdings is a cannabis company that’s dedicated to producing medical cannabis. Although recreational marijuana is increasingly popular, medical weed has the potential to eclipse it – especially as pharmaceutical companies get involved.

Although this stock has since crashed from its heights from $11 to $2.77, it still has a bullish case to rise like a phoenix from the ashes. The company has many marijuana brands, such as LIIV, Escape, Peak Leaf, and Synr. G. Buying this stock when it is low will be quite appealing to many investors as the company is still growing.

Hexo Corp. is a cannabis retailer that distributes both medicinal and recreational marijuana. It’s important to note a company that’s involved with both sectors, since they are equally relevant.

Recently, Hexo Corp. finalized a deal with Molson Coors Brewing, which is a giant in the beer industry. Additionally, Hexo Corp. has begun to produce hemp for CBD products in the United States. Adequately positioned in the American and Canadian markets is the number one reason to keep an eye on Hexo Corp.

OrganiGram seems to be one of the best-positioned marijuana companies in Canada. After the windfall of shortages throughout the country, OrganiGram is set to produce a significant amount to reach the necessary supply to quell the demand.

OrganiGram’s current production cap is at a whopping 61,000kg. Once they’re approved for additional licenses for production, this cap will be bumped up to roughly 90,000 kilograms of cannabis. This is a significant increase, and while other marijuana companies are lagging behind, OrganiGram is set to blow past the competition.

Once a cannabis stock listing catches your eye, it’s imperative that you do a significant amount of research. Previous highs and lows will give you an excellent vantage point of a “fair price” and allow you to buy with greater confidence.

There are countless cannabis stock listing, and this list only offers a glimpse at the larger players in the marijuana stock market. As with any stock, it’s always best to follow the golden rule: never invest more than you’re willing to lose.

Have any questions or comments about the weed stock market? We’d love to hear from you. Please leave us a detailed message in the space provided below.