While there has been a lot of research carried out on cancer and ways it can be treated, a permanent cure has not yet been discovered. Furthermore, one of the most popular treatment options for cancer is chemotherapy. Although highly successful in managing most forms of cancer, chemotherapy comes with a truckload of side effects. Some of the side effects that have been linked to chemotherapy include:

As a result of these adverse and energy draining side effects, many cancer patients are seeking treatment for cancer through alternative or complementary medicine, especially a treatment option with little or no adverse effects.

One treatment option for cancer, that has stolen the limelight over the years, is Cannabidiol (CBD). If you’re wondering what cannabidiol is and how exactly it helps in the management of cancer, keep on reading to find out more!

Moreover, CBD has been discovered to have a lot of useful applications in the treatment and management of a broad spectrum of illnesses, ranging from: insomnia, anxiety, stress, depression, chronic muscle pain, arthritis, substance abuse disorder and cancer.

CBD is virtually revolutionizing the face of mainstream medicine and pain management control. Each year, hundreds of studies are beginning, to ascertain the efficacy of CBD oil in helping to treat a number of medical conditions, that has proved elusive for orthodox medicine, including cancer. Several scientific research studies; as well as, anecdotal evidence, shows CBD brings a safe and lasting relief, to cancer patients.

As the most promising cannabinoid in the cannabis plant, CBD’s effects on the body are linked to its interaction, with the two primary cell receptors in the endocannabinoid system (ECS). The CB1 and CB2 receptors are located in all parts of the body and are responsible for the regulation of many different body systems.

The interactions between CBD and these receptors in the endocannabinoid system create a series of positive changes in the body and these changes can have a significant impact on individuals who have cancer. Furthermore, CBD and Cancerous Tumours Studies reveal that cannabinoids, such as CBD in the cannabis plant, can inhibit the growth of tumours, prevent mutations within cells; as well as, prevent the spread of cancer cells in the body.

Benefits of CBD to Skin Cancer

Melanoma; the deadliest form of skin cancer prevalent in caucasian men and women, is expected to rise in the coming years, as per the CDC projections. In the light of this, it’s only reasonable, that we wonder if complementary medicine can have some hope in reducing the incidence of new cancer cases or side effects from the treatment of these cancers.

A few alternative/complementary medicine practitioners claim to have been able to cure the three common forms of skin cancer: melanoma, squamous cell carcinoma and basal cell carcinoma through the use of CBD oil and other cannabinoids. These claims may be a good indication that cancer clinics need to pay more attention to the potency of CBD in fighting skin cancer. 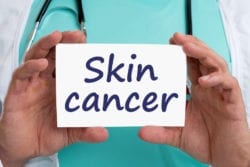 Additionally, results from a study published in the December 2013 edition of the British Journal of Pharmacology, indicated that CBD could potentially combine with the CB1 and CB2 receptors of our ECS and control gene functions, such as, skin cell differentiation. The study also showed that CBV and CBD stopped the growth of cancerous skin cells and even reversed recently cancerous, skin cells!

In another study published in the December 2013 issue of the Journal of Pharmacy and Pharmacology, researchers experimenting with mice; observed a 90% decrease in cancerous skin cells, while using synthetic cannabinoids.

Furthermore, results from a recent study that was published in the Journal of Investigative Dermatology, showed that mice administered with a combination of CBD and tetrahydrocannabinol (THC), another compound found in the cannabis plant, showed a significant decline in skin cancer cells. The researchers observed that this combination of cannabinoids initiated the death of melanoma cells through the process of autophagy and apoptosis.

Although more research is required in establishing the potency of CBD in curing skin cancer, results obtained so far, are very exciting and promising. It may not be long before mainstream medicine considers CBD, as a valuable product in skin cancer management.

Benefits of CBD for Breast Cancer

These grim statistics show that more needs to be done concerning advancement in treatment for breast cancer for women. Conventional breast cancer treatment options have been found to be constrained by toxicity; as well as, progressive resistance to the treatments, over time.

Researchers have newly discovered that CBD can slow down, or even stop the progression of invasive breast cancer cells. Once diagnosed, it is crucial that efforts be made to prevent the spread of tumour cells. If the proliferation of cancerous cells progress beyond the breasts and reach the lymph nodes, the cancer is already at an advanced stage. CBD has been shown to regulate the activities of the ID-1 gene, responsible for triggering the metastasis (spread) of tumour cells from the breast to other parts of the body.

It is interesting to note, that studies performed, as far back as 2012 in Madrid, showed evidence that CBD and its derivatives, successfully combated breast cancer cells through anti-proliferative, anti-migratory and anti-invasive mechanisms. The scientists were also excited to observe, that the cancer cells attacked themselves, thus reducing the tumour size. 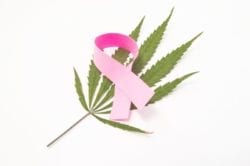 All of this was done without the harmful side effects (pain and nausea) of conventional treatment methods; such as, chemotherapy and radiation therapy. Some research studies have even recommended the combination of CBD; along with these traditional treatment methods, in order to eradicate or ameliorate harmful side effects such as nausea, loss of appetite, insomnia, and pain.

Another surprising anecdote about CBD and its effect on cancer was the case of Rhonda Gossett; whose story was published in the Daily Mail. In 2010, Gossett was diagnosed with stage four breast cancer and was given only one year to live, because the disease had metastasized to her brain and bones.

She underwent a treatment involving a combination of chemotherapy and radiation. After being told she was in remission, her cancer resurfaced. Her physicians later told her they had run out of options, as drugs and radiation therapy were no longer shrinking the cancerous cells. She was advised by her doctor to start a new round of chemotherapy because the tumour was back in her brain.

In 2014, the mother of one began using CBD oil for her symptoms; after hearing about people who had turned to CBD oil, for cancer treatment. Two years later, Gossett was declared cancer-free.

She reportedly used only CBD oil. While her claims have not been verified, she credits her recovery from breast cancer to CBD oil. Gossett said she used CBD oil and small quantities of THC daily. The CBD had helped restored her appetite and improved her weight; while the THC, helped with her symptoms.

Benefits of CBD for Thyroid Cancer 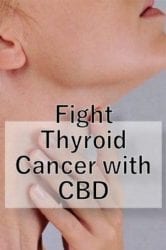 Thyroid Cancer affects a small percentage of the population, with an occurrence rate of about 5%. Medical scientists have been able to prove that CBD possesses powerful, anti-inflammatory properties. The potency of CBD for reducing inflammation has been harnessed in recent months, as a viable way of eliminating thyroid disorders.

While there has been nothing to prove that CBD guarantees total elimination of tumorous thyroid cells, a study using rats indicated that CBD exerted strong, antiproliferative properties on rat thyroid KiMol cells and degeneration of cancerous thyroid cells through the process of apoptosis was observed.

In addition, CBD was observed to induce oxidative stress in thymocytes, splenocytes and EL-4 cells of the rats with thyroid cancers. This substantiates the notion that CBD plays a pivotal role in degenerating malignant and benign growths. Also, research suggests that CBD possess therapeutic benefits for managing symptoms related to thyroid dysfunction, such as inflammation, depression, dry skin and pain.

Contrary to the commonly held belief that cannabis use can precipitate the development of testicular cancer, recent research shows that there is no evidence that the use of cannabis can lead to testicular cancer.

Testicular cancer is usually managed using a combination of surgery, chemotherapy, and radiation; however, since the discovery of the effect of cannabinoids on cancer cells, several researchers have begun considering it, as a treatment option for managing their testicular cancer.

Benefits of CBD for Prostate Cancer

There are very limited clinical studies, that can demonstrate CBD can help in the treatment of prostate cancer. Most of the information available is based on in vitro studies, or anecdotal evidence. 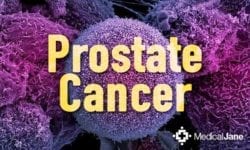 There has been a large amount of anecdotal evidence that has indicated, that CBD has helped some men shrink their prostate cancer. More importantly, laboratory studies have revealed that a combination of CBD and THC, prevented angiogenesis (formation of new tumour blood vessels), required by prostate cancer cells to nourish themselves.

Regardless of the non-availability of data on clinical trials, cannabinoids have been known to possess the potential of shrinking tumours, alleviating pain, inducing better sleep and improving the general wellbeing of cancer patients.

Can CBD Benefit Dogs With Cancer?

Learning that your dog has been diagnosed with cancer can be a very devastating experience for pet owners. Seeing your dog going through discomforting experiences like loss of appetite, pain and/or seizures can be as distressing for you; as for your four-footed friend.

Although CBD is not guaranteed to make your dog cancer-free, it can help in alleviating some of the symptoms associated with this disease, such as;

Its anti-inflammatory, antiproliferative and analgesic properties have been thoroughly researched and documented. However, evidence provided for the benefits of CBD is mostly anecdotal at present.

Now that the cannabis sativa plant has finally been legalized in Canada, there will be evidence-based, scientific proof available; about the effects of THC and CBD on cancer cells. Hopefully, within the next couple of decades, Canadian scientists will finally be able to resolve the mysterious healing relationship between CBD and many various forms of cancer.