Home / The Legalization of Cannabis in Canada: Everything You Need To Know
NewsFeatured Articles

The Legalization of Cannabis in Canada: Everything You Need To Know

So you are a pot lover and looking to try legal marijuana?

Well, the legalization of Cannabis is a federal decision, the countries provinces and policies are what determines how the drug should be sold and how it should be used. Making Cannabis available for medical-legal purposes or industrial help is an issue that has been in the limelight for ages. Health Canada is proposing to build a regulatory body to produce marijuana as per the Cannabis Act law. 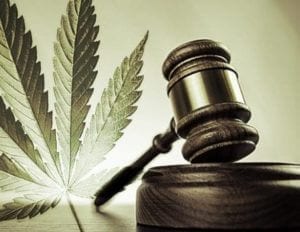 However, the government’s plan of making pot legal is slowly coming into the action. As per the drug act, Cannabis will remain a Scheduled drug in Canada, making the country the first one in the group of seven countries to allow the drug to be sold legally.

The law creates a strict legal framework for manufacturing and producing cannabis. It will:

Limits on Adults Having Marijuana

As per the Cannabis Act, adults who are 18 years or more would be able to do these things legally:

Legal pot is making its way into the provinces and will impact:

As per speculation, cannabis sales, in Ontario, and Quebec, will be run by country’s government-owned bodies. However, the western areas of Manitoba and Alberta will license private retailers. Furthermore, the government has set the minimum age limit for purchasing medical marijuana in Canada, which each individual province can raise individually.

Some federal government laws also allow adults to grow at most, four marijuana plants in their garden. But Quebec law doesn’t permit the residents to do the same.

Which Marijuana Comes Under The Proposed Cannabis Act:

As per the Cannabis act, there are six different class of cannabis:

Criminal Penalties for Using the Drug:

As per the country’s criminal act, there are some penalties for purchasing and selling of the drug; and the penalties are set the seriousness of the offence accordingly. Some of the offences are:

Whether you are in the Country or travelling overseas, consider all legal rules if you don’t want to be in trouble.

Did you like this article? Let us know what you think about the legalization of cannabis in the comments below.