The Short and Long-Term Health Effects of Marijuana

What are the Short and Long-Term Health Effects of Marijuana?

The health effects of marijuana are becoming a widely researched and talked about subject across the Americas. We can see this in the variety of cannabis dispensaries and cannabis delivery services; as well as, the fact that many states across America have implemented a medicinal marijuana program. As of December 2018, twenty-nine states have legalized medical cannabis.

This represents that a large percentage of the American population support the use of marijuana in a medicinal form and accept the health benefits of marijuana. Even with recreational pot use, the support for marijuana is the highest that it has possibly ever been. However, even with streams of anecdotal medical reports flowing in, there is no FDA approved data showing the short or long-term health effects of marijuana. This is mainly because marijuana is still classified as illegal by the FDA and researchers have not had access to government funding for the research needed. With more and more Americans adopting an accepting view if marijuana this is sure to change in the future and the health benefits of marijuana will become household knowledge. Already, marijuana can be easily obtained through the many online cannabis dispensaries offering cannabis delivery services as well. 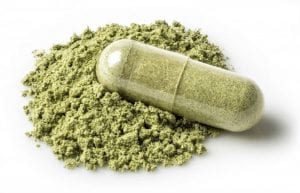 There have been a variety of studies that show that marijuana does have certain health benefits, both long term and short term. This strengthens the need to study the plant in more depth.

So far, we have found two main active ingredients for these health benefits; THC and CBD. THC is the psychoactive compound responsible for the high feeling while CBD impacts the body without a psychoactive high.

While CBD and THC are the two main components that we are focused on, there are hundreds of other components that make up a part of this plant. In total it is estimated that out of approximately four hundred chemical components, sixty are estimated to be cannabinoids. The medicinal benefits of these other cannabinoids are largely unknown, as is how they contribute to the workings of their more famous counterparts, THC and CBD.

The following is a cultivation of the known short term and long term health effects of marijuana use, some of these are well validated while others still need to undergo more testing.

Both short and long-term health effects are different depending on what type of strain you are using. Cannabis that we consume is divided into two main groups, three if you count the balanced hybrid. Sativa and Indica may well be from the same family but they can produce varying effects when consumed. The sativa variety tends to make the user feel more stimulated and engaged while indica has a much more sedative effect. The indica can produce heavy sensations of sleepiness while the indica can have the opposite effect. For people that are prone to anxiety, especially in social situations, it is best to avoid strains that have a very high sativa percentage.

The following is a list of the documented short-term health effects of marijuana:

The short-term effects of marijuana are varied throughout those who use it and there are still more reported short-term effects, some of which are not listed here. It is important to remember that there is a wide variety of different strains of marijuana and some will affect you quite differently from others. With some strains, even psychedelic effects were reported; however, this is rather rare as the psychedelic effects are more likely related to the users own mind and projection. While THC is a psychoactive cannabinoid, psychedelic effects from THC are highly unlikely. some people also report to have suffered from negative effects as well, and this can be remedied by using a strain that is light and not as strong. Speak to budtenders at the marijuana dispensary, or if you purchase you weed online then do some research to see which is the best strains for those a bit more sensitive to the effects of marijuana. 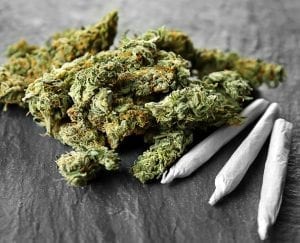 Those who have used marijuana over a longer term have not reported having continued problems after stopping marijuana use after four or so weeks. Lung health is compromised if the marijuana has been smoked in the form of a joint or a blunt, however, this has more to do with the paper and/or tobacco mix and other related carcinogens than the marijuana itself. In varying studies, lung capacity was actually reported to have increased after long-term marijuana use.

Some of the long-term health effects that have been reported are the following:

Author Bio: John Levy is a blogger for Pot Valet, a leading company providing information on marijuana delivery. He has 5 years of experience in the marijuana industry and loves sharing the health benefits of marijuana and related products.