The Differences Between Indica, Sativa and Hybrid Varieties of Cannabis

When scrolling through marijuana review sites or buying medical marijuana at dispensaries, you would have realized that cannabis strains are usually divided into three categories. They are: sativa, indica and hybrid. All marijuana users have consumed these three weed strains and have grown to expect certain effects from all of them.

Indica strains have come to be associated with heavy sedative effects, which bring on deep body relaxation. As such, they are more suitable for evening use; as they are known for bringing on fatigue and/or couch-lock.

Furthermore, indica strains go well with activities you do to unwind like watching a movie or soaking in a nice bath before bed. Indicas’ relaxing properties make it the perfect strain for making canna teas and other hot beverages.

Examples of indicas include: 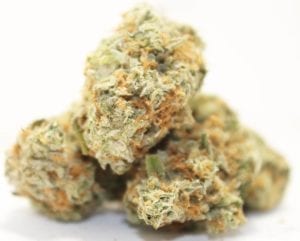 On the other hand, sativa strains are renowned for being more stimulating, with a lot of cerebral effects that often leave users energized, uplifted and euphoric. These effects make sativa strains conducive to day-time use or for use when socializing with others, doing physical and/or creative activities, like writing short stories.

Examples of sativas include: 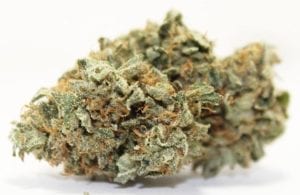 Hybrids are on a sativa-indica continuum, and may possess a higher sativa or a higher indica percentage based on the genetic traits they acquired from their parent strains. Depending on the percentage, you may say a strain is sativa-dominant or indica-dominant.

Examples of hybrids include:

Sativa strains are normally tall and have narrow leaves, while; in contrast, indica strains are short and have broad leaves. Indica strains usually flower within 6 to 8 weeks of planting, while sativa plants have a flowering time of 12 weeks or more.

Moreover, sativas may make growers a little impatient; so, if you are a first time grower and are looking for speed of growth more than anything else, then an indica dominant strain is the strain to choose for homegrow beginners.

This also explains why sativa strains tend to be more expensive. Bud growers have to account for the cost in the extended lighting required when sativa plants are grown indoors and with the extended grow time, comes more expensive hydro bills.

The terms sativa and indica came into the cannabis vernacular in the 18th century. Sativa was given its name by Carl Linneaus. It was used to label hemp plants grown in Western Eurasia for their seeds and fibers (Hemp is the non-psychedelic type of cannabis which is cultivated for its seeds, fiber and CBD). The term sativa was then later used to refer to the psychedelic type of which this article is based on.

Indica was given its name by Jean-Baptiste Lamarck and was used to label strains cultivated for their hash, fiber and seeds in India. These terms are now widely accepted and provide practical benefits to marijuana users worldwide, as will be discussed below.

The different effects of these types of cannabis strains have become so well known that users have expectations of what each strain should offer when they are looking to make a purchase, whether online or at a local dispensary.

Knowing this, the first thing budtenders usually ask when recommending strains is: of the three, which is your preference? Not all marijuana consumers use marijuana for the same reason.

One medical user may want some marijuana to help her manage her pain, while another may want it to help her deal with her insomnia. Being familiar with these categories make choosing the right strain easier.

Some of the reported benefits of the indica strains include relief of:

Some of the reported benefits of the sativa strains include the relief of:

The only concrete distinctions between the three are their physical features and the way they grow. Even then, this distinction is only relevant to marijuana growers. Care must be taken when over-generalizing sativa, indica or hybrid strains; as other factors such as cannabinoid and terpene make-up, do affect the effect the cannabis effects the strain will have on you. Other factors like your body weight also play a part.

Some marijuana users have doubts about the distinction between the strains. Most do not notice much if any difference, whether they are smoking or vaping the different cannabis strains. There are so many hybrids available now thanks to the hike in marijuana legalization and cultivation, that it is simply too hard to make definitive statements that one cannabis strain is purely sativa while another is purely indica.

More often than not, they bear genetic similarities between the two. The problem is that even though more and more marijuana strains are actually hybrids rather than “pure-bred” strains, many budtenders do not market them as such.

Some users say marijuana does not do anything for them. This is unfortunate, as sometimes the reason for that could very well be, that they have simply not tried the perfect strain for them.

That is why it is so important for the budtender to be knowledgeable about marijuana strains in detail, and not just know whether or not they are “sativa”, “indica” or “hybrid”.

A good way to make your own conclusions is to do a little experiment of your own. Get your hands on a couple of sativa, indica and hybrid strains and try each of them on different occasions.

Try them all and tell us what you think below in the comments!

How Do You Use CBD Oil? - User Guide