WeedMailed is a MOM dispensary that is dedicated to ensuring every Canadian has access to high-grade, medical marijuana. This dispensary was prompt and extremely friendly during my interactions with them. They offer a small selection of quality flower, concentrates and edibles. The package came in a black, sealed, smell-proof, bag. It was nicely vacuum sealed and there would be no way of knowing what was inside the package; WeedMailed values their patients’ discretion above all else.

The pungently sweet aroma from Strawberry Kush was reminiscent of freshly cut hay on a warm and bright summer’s day. The nug had a plethora of vivid ocher pistils that embraced and surrounded the laurel green bud beneath. There were a tiny dusting of fine, white crystal trichomes. 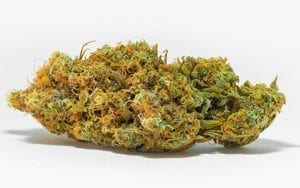 When combusted, WeedMailed’s Strawberry Kush was incredibly smooth and easy to smoke. The smoke was light, airy, and left a slightly sweet fragrance hanging in the air after the bong was completed. The flavour of Strawberry Kush when combusted was earthy, fruity and had a musky and sweet taste. This indica dominant hybrid was a pleasure to smoke and is highly recommended for novices; as Strawberry won’t be too harsh.

When vaped with the Arizer V-Tower, the vapour produced was dense and rich; but dissipated quickly. There was a subtle, earthy and sweet flavour that lasted as a tangy aftertaste.

The high from Strawberry Kush was relaxing and calming. We found this strain to be somewhat sedating, producing a happy euphoria and; at the same time, a heavy full body buzz.
The high was predictable and seductively pure in the mellow and calming effects it delivered.

As we opened the baggie, the sweet, earthy and musky fragrance of Mango drifted into the air and into my senses. The bud was a mixture of lime, sage and laurel greens with a sparse amount of bright, tiger orange pistils poking about sporadically throughout the nugget. When ground up, this strain’s fragrance was transformed to a very potent and sweet mango aroma. The difference of the bud’s smell when the nugget was whole versus when it was ground up was remarkable. 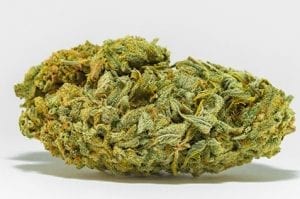 When combusted, Mango left a tickle in my throat and the smoke was quite harsh; have plenty of water on hand for this nearly pure indica! The smoke had a slightly arid and tannic flavour; leaving your mouth a tad dry with a slightly sweet aftertaste. There was a sweet mango aroma left in the air after the bong was completed.

When vaped with the Arizer V-Tower, Mango Kush really shined! There was a sweet, tropical mango fragrance coupled with a layering of earthy, spicy and sharp pine. The vapour was smooth, dense, rich and full-bodied; we highly recommend this strain for vaping connoisseurs; as combusting this variety was a bit of a task.

Mango Kush from WeedMailed delivered a relaxed and calming euphoria. Mango Kush did not induce couch-lock; however, it came close. There was a lazy slowness coupled with a pleasant full body buzz that would be perfect for treating chronic pain, appetite loss and nausea. This nighttime strain would be a good choice after a long, hard day.

As we opened the bag, the large dense and compressed buds of Crystal Coma glittered with a fine dusting of crystal trichomes. The bud had an olive and laurel green complexion with bright ochre pistils bursting forth from the nugget. It had a pungent; almost skunky fragrance, with a subtly sweet, and earthy undertone. 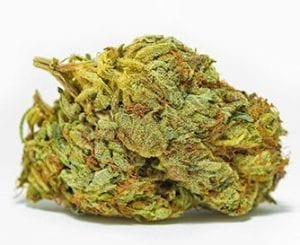 When combusted, WeedMailed’s Crystal Coma produced a silky smooth smoke; from inhale to exhale. The smoke had a bold earthy, musky and tannic flavour and much like a nice, dry white wine; the smoke had a drying effect, be sure to have plenty of water on hand!

When vaped with the Arizer V-Tower, the vapour produced by Crystal Coma was rich and dense, with copious amounts of vapour that resembled smoke in opacity. The flavour of this sativa dominant hybrid was a powerful, spicy pine characteristic; as well as, a strong, musky earthiness that comprised the backbone of the flavour profile.

Crystal Coma provided a happy euphoria; as well as, a relaxing energy and a calm mindfulness. This hybrid was a perfect daytime strain as it was non-sedating and provided a happy energy that will be sure to power you through those hard, rough days.

Night Club is WeedMailed’s version of OG Kush. We were kinda confused at the rebranding of OG Kush; however, to each their own. The small buds were generously coated with beautiful tiny, (almost) microscopic and white crystal trichomes that glittered like diamonds. The bud was well cured and was mostly a mixture of laurel and sage green colours, with bright, fiery orange pistils. There was an earthy and woodsy smell as the nuggets were ground up, almost as if I was sitting at a campfire. 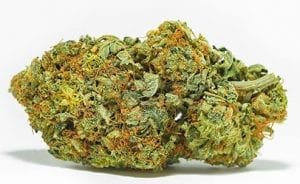 When combusted, WeedMailed’s “Night Club” produced a medium bodied smoke, with strong undertones of sharp pine; as well as the rich, woodsy earthiness aforementioned. There was a strong marijuana fragrance from the flower, be sure to be in a well-ventilated area; or alternatively, have air freshener on hand.

When vaped with the Arizer V-Tower, “Night Club” produced a dense, rich and smooth vapour that had a strong pine accent as a flavour. There was also a subtle muskiness; as well as potent overtones of the woodsy earthiness that spread throughout my mouth in a pleasant, slightly arid sense.

WeedMailed’s “Night Club” produced a euphoric, relaxed and happy high. This potent sativa dominant hybrid produced a heavy full body effect, that had me couch locked and stress-free. This potent medication can be used to treat insomnia, appetite loss, nausea and chronic pain.

WeedMailed’s Hindu Kush was well cured, densely compressed, with a mixture of sage, hunter and laurel greens. It was a medium-sized bud, with tiny, white crystal trichomes glittering above the bud and ochre-red pistils frozen in place. It had an earthy and sweet fragrance; however, it was subtle. 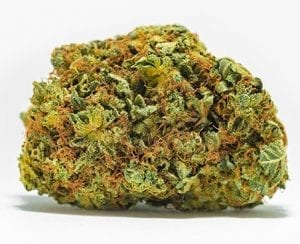 When combusted, Hindu Kush had a strong lemon flavour, with an earthy, pine and arid sensation layered as an undercurrent. The smoke produced was smooth; on both inhale and exhale. It was also aromatic; leaving a slight pine smell in the air. The flavour of the smoke from Hindu Kush was highly tannic and arid; have plenty of water or another healthy beverage available.

When vaped with the Arizer V-Tower, the vapour produced was copious, dense and aromatic. The flavour of Hindu Kush was much more arid during vapourization, extra water will be needed. There was an incredible earthiness to the vapour and coupled with the drying sensation, this pure indica strain produced a unique desert-like experience in my mouth.

The high from Hindu Kush was relaxed and introspective, do not expect to be the life of the party with this strain. It produced a mellow euphoria that punched through tough chronic pain and produced a heavy full body effect that had us sedated and couch locked. Experienced and novice users alike will enjoy this sedating, nighttime medication.

WeedMailed’s OG Shatter was translucent, with a beautiful, golden amber complexion. The shatter had a mild earthy fragrance, with a very subtle woodsy undertone. 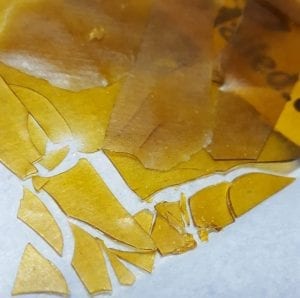 When vaping with the Atmos Jr., WeedMailed’s OG shatter produced a smooth, light and airy vapour with a potent woodsy earthiness, coupled with a slight aridness that accentuated the woodsy flavour. There was a mild, inoffensive pine fragrance that remained in the air after the dab was completed

The high from OG shatter was powerful; giving a full body, blanket sedation and a relaxed and mellow euphoria. This sativa dominant hybrid tends to express mainly indica traits and OG Shatter from WeedMailed was no exception. This powerful medication can also treat insomnia, chronic pain, nausea and appetite loss.

WeedMailed is a MOM dispensary dedicated to providing marijuana to any Canadian in need of the valuable medicinal plant. Their customer service and mail packaging was professional and superb, you will not find better in either regard.

Unfortunately, there were also some problems. WeedMailed’s marked labelling on two of their bags weighed less than the stated amount at .82g (Strawberry, should have been 1g) and Hindu Kush at .8g (should have been 1g). The bags were also labelled with a pen that tended to wear off after a while. These issues were small; but on the other hand, weights can be a big issue for customers who might find it difficult to complain after they receive their order.

WeedMailed provides yet another option for getting your weed online and we recommend that you check out their website for yourself.

Let us know what you think of this MOM in the comments below.