A dispensary from Ontario, Canada delivers on affordability and quality.

Chronic Kush is a MOM dispensary from Ontario, Canada. Chronic Kush has gained a reputation for its commitment to customer service; as well as, it’s outstanding product. As they are located in Ontario, customers in the local area can expect faster delivery time. Customers within the GTA can even expect same day shipping times if they opt for their same-day delivery service.

Their package came in a nicely sealed envelope that easily fit inside our(standard) mailbox. We found the packaging to be completely discreet with no smell possible; as it was a completely sealed package. Chronic Kush had applaudable, clear, internal labelling and branding that we wish more MOM dispensaries would adopt.

Agent Orange by Chronic Kush had large and medium, well cured and dense buds. These beautiful nuggets had an olive green complexion; with bright, rusty-red pistils densely bursting forth from the bud and covering it in a carpet of red. There was a light fragrance to the nuggets; mostly a fresh, clean citrus and a subtle earthy undertone. 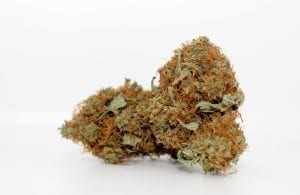 When combusted, there was an immediate pleasant light fragrance of oranges in the air. The smoke was smooth and flavourful; there was a strong and refreshing citrus flavour and a spicy undercurrent. The citrus and spicy flavour lingered on as a pleasant aftertaste long after the hit was completed.

When vaped with the Arizer V-Tower, the vapour produced was dense and rich; with a heavier spiciness then combustion and a strong citrus flavour. The vapour was smooth and resembled smoke in opacity.

Agent Orange produced an uplifted mood, with increased creativity and increased energy. There was also a happy euphoria; however, this strain allowed a cerebral mindfulness that made daytime functioning a cakewalk. This strain produced quite an arid environment in my mouth; be sure to have plenty of water or another healthy beverage on hand. Agent Orange was smooth and easy to smoke; so much so that I didn’t stop until all of those buds were done!

The small buds glistened with tiny, white crystal trichomes. Mk Ultra was sage and laurel green; with hints of purple folded leaves and bright fiery-orange pistils reaching forth from the bud. MK Ultra had a mild, earthy fragrance that delighted my senses. 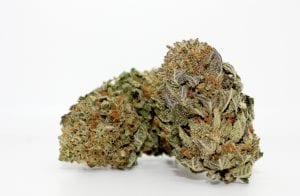 When combusted, a skunky, spicy and earthy aroma erupted in the air. The taste was a spicy, herbal and a refreshing mintiness that was left as a pleasant reminder of the bong I had just consumed. The smoke was silky smooth on both inhale and exhale.

When vaped with the Arizer V-Tower, the vapour produced was dense and had a smoke-like opacity. There was a spicy aroma in the air after vaping. The flavour was a subtle earthiness; with a large superimposed layer of herbal spiciness.

MK Ultra from Chronic Kush hit like a truck! Looks can be deceiving; these powerful little buds took us on a hypnotic, euphoric, relaxed and pain-free journey that lasted for a long time. Do not expect to be the life of the party; MK Ultra will have you couch or bed locked for hours. This strain also treats appetite loss, nausea, chronic pain, glaucoma, depression and anxiety. 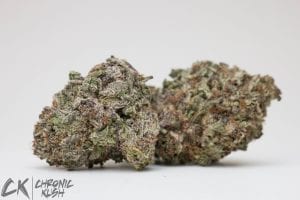 The small and medium-sized buds had a sage green complexion; with purple splashing forth from the root. There were bright, ginger-orange pistils bursting forth from the bud and beautiful, glistening, microscopic, white crystal trichomes that were splashed generously over the bud.

When combusted, black ice was silky smooth. The smoke’s flavour was earthy, with a charcoal-woodsy flavour and a spicy aftertaste that lingered pleasantly in my mouth.

The smoke itself was rich, dense and to mention it again; incredibly smooth. If you are a smoking connoisseur, we highly recommend this strain.

When vaped with the Arizer V-Tower, the vapour had a bold, earthy spiciness that lingered as an aftertaste pleasantly. The rich woodsy flavour was another layer within the vapour. The vapour was dense, rich and full-bodied; it almost resembled smoke in opacity.

The high from Black Ice from Chronic Kush was sudden and it hit hard! We were couch locked for at least an hour. I must admit, I may have consumed more than one bong; however, I was not expecting such a fast acting and hard-hitting strain, novices beware! There was a full body stone; as well as, a deep relaxation, euphoria and hunger. This strain would be ideal to use in chronic pain situations; as well as, insomnia, appetite loss, glaucoma, nausea, depression and anxiety.

As we opened the ziplock, a sweet and earthy aroma was first apparent. There was also a subtle pine fragrance that lingered beneath the sweet earthiness. The bud was a mixture of lime, sage, hunter and emerald greens and bright fiery-orange pistils danced forth sporadically from the bud. There was a sugary layer of dense, beautiful, white crystal trichomes that were coated generously throughout the buds. 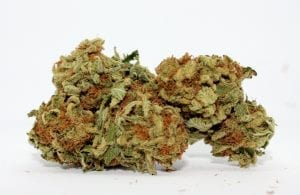 When combusted, the beautiful and well-cured buds were full of a spicy, earthy flavour and a refreshing pine. The smoke left a sweet, earthy pine fragrance that lingered in the air pleasantly. The smoke was rich and dense; it caused a tickle at the back of my throat, but that could have been the spiciness of the smoke.

When vaped with the Arizer V-Tower, the vapour produced from Sugar Kush was dense and bold; it had a subtle earthiness and strong overtones of pine and finished off with a sweetness that haunted my mouth as a delicious aftertaste.

The high from this 100% pure indica strain was sedating and caused moderate couch-lock. There was a full body high that melded us into the couch but had us feeling pain-free and relatively clear-minded. There was a cerebral awareness; as well as, a happy euphoria and a relaxed and calm mindset that allowed sleep to come readily. Sugar Kush from Chronic Kush also treats glaucoma, insomnia, appetite loss, moderate to severe pain, opiate withdrawal and pain management, nausea, depression and anxiety.

As we opened the bag, I was hit with a pungently sweet smell; similar to fresh cut hay. The large and medium, densely packed nuggets had a sage and laurel green complexion; with fiery and bright ochre-orange pistils generously sprinkled across the bud. This nearly 100% indica was rumoured to have been created in Canada as a response to chemotherapy side effects. 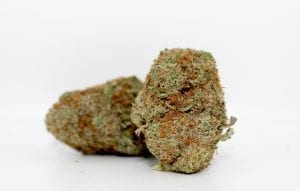 When combusted, there was a harsh tickle at the back of my throat; followed by the burn. There was a refreshing layer of pine and woodsy earthiness with the flavouring of the smoke; however, it left a slightly dry and arid environment in my mouth. Have water or another healthy beverage on hand!

When vaped with the Arizer V-Tower,  the vapour was smooth and rich; it had a medium-bodied appearance. The vapour waifed upward and created rich clouds that were reminiscent of smoke.

This powerful creeper would make a great nighttime strain as the high was quite sedating and we found it difficult to get up out of bed after we began smoking this strain. Make sure you have everything done before you start.

As we opened the bag the sweet, familiar fragrance of Blue Mataro hypnotized our senses. It had an herbal, earthy aroma and the beautiful, medium-sized nuggets had bright, orange-red pistils that glittered with tiny, white, crystal trichomes. 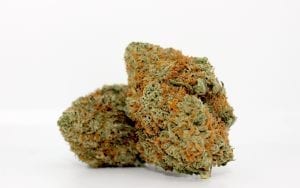 When combusted, this exclusive strain produced a satisfying smoke and left a sight berry fragrance in the air. There was a noticeable earthy flavour; as well as, berry and herbal notes.

When vaped with the Arizer V-Tower, the vapour was surprising light; however, it had a heavily arid effect on my mouth.  Have water handy for this strain; as you will feel like a desert has relocated inside your mouth!

This is also recommended to be a nighttime strain as it’s heavy couch locking effects can be felt immediately, it’s also why we decided to review this strain last. No matter what your condition is, if you have trouble sleeping, this strain will solve your problem. 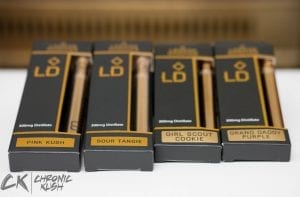 The Sour Tangie vape pen had a subtle, earthy muskiness; coupled with a pleasant peppery aftertaste. We found this pen produced lots of dense and rich clouds. The size of the pen is small; however, it is extremely powerful and we never had a problem with leakage or general function of the pen.

Users should note that the mouthpiece got slightly warm; chapstick will help if this is bothersome. This pen is small & discreet; furthermore, the throw-away idea is pretty nice if you just want to sit and smoke with no hassle; just inhale on the pen and enjoy.

Chronic Kush exceeded expectations when it came to delivering quality bud straight to your door. The bud was cured well and you can tell this Toronto MOM dispensary has fast turn around of stock. For those in Ontario, you would be hard-pressed to find a faster shipping option than Chronic Kush.

After trying a number of strains we can definitely say that the hype is real and Chronic Kush is the real deal when it comes to quality. Further to this, for dispensaries that deliver same day in the GTA, you will not find better prices than those offered by Chronic Kush who offer a great selection of budget; as well as, high-end strains. What are you waiting for? Try Chronic Kush for yourself today. 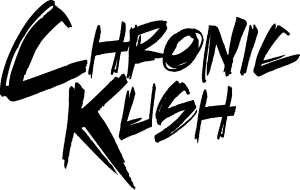