In the United States, anxiety is one of the biggest problems people face. In fact, the Anxiety and Depression Association of America claims anxiety disorders among the most common of all, afflicting around one-fifth of the entire population, which is about 40 million people. Anxiety is seldom an issue all its own: It co-occurs with others, such as depression, and almost all sufferers have both.

Sadly, those with anxiety and related issues are among the least likely to ever get effective treatment. Although the ADAA says that anxiety patients are “three to five times more likely to go to the doctor,” only one in three ever get treatment for it. That means that approximately 27 million people are not getting the help they so desperately need and deserve, and that is just in the United States.

Getting Help from Weed

These numbers are unacceptable. There is no excuse for not getting treatment for any condition in these times, especially now that medical marijuana is legal in most of North America.

There are ways to treat the symptoms of anxiety and depression both safely and effectively. In combination with therapy or counselling, and in some cases, traditional prescription pills, scientists are proving how cannabis works.

Scientists now know that medical cannabis can treat anxiety very successfully, and anyone who has ever had a hit or two of a potent strain will know it can treat depression with absolute ease. Several peer-reviewed studies support these claims too, in clinical trials on both humans and animals. Evidence continues to mount almost daily, showing the effects of marijuana on anxiety-related issues.

We already know that lack of sleep, especially on a consistent and long-term basis, can wreak havoc on both body and mind. In fact, insomnia is a major cause of many anxiety-related disorders, which is why it is so important for sufferers to get a good night’s sleep every night. Not only will it relieve many symptoms associated with anxiety, but quality sleep will improve mood and functioning, as well.

Of all the hundreds of therapeutic uses people can find for cannabis, the most popular of them all has to be its ability to treat anxiety and depression so effectively. Even the most anxious person among us can fall into a deep, refreshing sleep for as long as he or she needs it, and every night too. A relaxing Indica is ideal for sleeping, and the right one can eliminate all feelings of anxiety and the blues to boot.

According to many studies, approximately two-thirds of North Americans suffer from insomnia at some or other time in their lives. Even worse, a growing number of individuals are enduring chronic insomnia, day in and day out.

Scientists are well aware of the fact that insomnia is a major cause of anxiety disorders; however, due to laws, politics and pharmaceutical companies, the clinical trials that have shown marijuana offers a necessary, safe and effective treatment for both depression and anxiety issues have been suppressed or abandoned.

The sedating effects of weed, both for tranquilizing non-sleepers and calming anxious nerves are widely accepted as fact by anyone who has ever used it. However, if scientific proof is what you need, studies from as early as the 1970s show users falling asleep easier, experiencing more restful, longer sleep, breathing better while asleep, and waking with notably less disorientation than sleeping pills cause.

Most people think that tetrahydrocannabinol, or THC, is responsible for aiding slumber. Although true, all cannabinoids have sedative properties. Cannabidiol, or CBD, in particular, is a powerful tranquilizer, especially when combined with a potent THC-rich Indica strain. The two together cause the famous “couchlock” effect so widespread among medical Indicas and can push anxiety into non-existence.

However, it is important to understand dosing. You can find literally thousands of THC- and CBD-rich products at an online marijuana dispensary; however, not all are the same, nor are they created equal. Sativas, especially if they have a low CBD-content, will not make you sleepy. Known for their energy, these strains are not good for treating insomnia. They will keep you awake for hours, which is why nobody uses them before bed.

The Right Strain is Essential for Anxiety-Related Disorders

Strains differ in smell, taste, potency, cannabis type, and even effects. The way you consume it makes a difference too. While some strains will get you up and busy, others will calm you down. It is vital that you only choose strains that will lower your anxiety and help you sleep at the same time. Extremely potent THC-rich strains can exacerbate anxiety symptoms and actually worsen the problem.

You want a mellow, relaxing Indica or an evenly balanced hybrid strain to relax your nerves, calm your muscles, stop you from pacing or indulging in other obsessive, anxiety-triggering behaviors, and enhance your mood. You do not want an energetic strain that will have you walking in circles all night instead of sleeping peacefully in your bed. These strains typically heighten feelings of paranoia and anxiety.

Pharmaceutical sedatives, tranquilizers and anti-anxiety pills are frankly dangerous. They are addictive, toxic, and cause an array of other, unrelated illnesses; if they don’t kill you outright. More and more people are turning to marijuana to treat anxiety and depression most effectively, without any of the side effects of prescription drugs; including addiction.

John Levy is a writer for Pot Valet, California’s leading cannabis delivery service. He spends his days researching the benefits of marijuana and sharing his findings with the world. In his spare time, he advocates for its legalization everywhere.

About Bud 232 Articles
These days, “Bud” represents our entire team here at DispensaryGTA. Our articles come together through the collaboration of multiple people who have extensive experience in the world of cannabis. Whether we are writing a review of a mail order dispensary or an informational article, our team here strives for detail and accuracy in everything that we do. We pride ourselves in producing articles that you can trust and hope that you enjoy the content on our site. You can always contact us at: [email protected]
Website Facebook Twitter

We go into detail about everything you want to know about Boost, an up and coming cannabis edibles brand in Canada with our detailed review of this new brand. […] 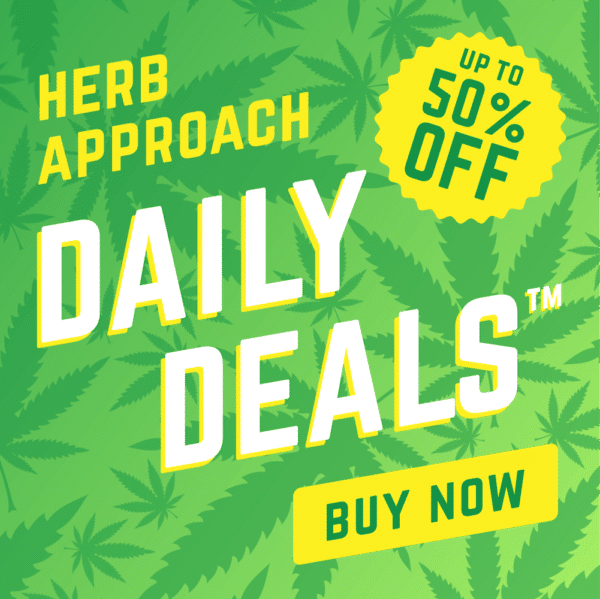