Crohn’s Disease falls under the category of Inflammatory Bowel Diseases(IBD). It is a chronic inflammatory condition which affects the gastrointestinal tract (GIT).

Are you experiencing any loss of appetite?

Do you feel lazy often, with no energy?

It can either be a simple GI problem or it can be Crohn’s Disease.

However, it can only be confirmed by proper testing and diagnosis.

Many treatment options are already available, however; these options have a number of associated side effects.

Throughout this article, we will guide and teach about Crohn’s disease and how medical marijuana can help to manage this condition, sometimes better than any modern, conventional medication and other treatment options. Often, patients find a balance between medical marijuana and conventional medications, thus improving their overall quality (and sometimes quantity) of life.

Often, Crohn’s disease is confused with Ulcerative Colitis (another kind of IBD). However, both the conditions are known to affect different areas of the gastrointestinal tract.

While Ulcerative Colitis affects the colon, Crohn’s can affect any part of the gastrointestinal tract. However, usually, Crohn’s affects the end of small bowel or the beginning of the colon.

Symptoms can vary from patient to patient, however; the most common symptoms associated with Crohn’s disease are:

In severe cases, it can also cause fissures in the anus lining which can be extremely painful during bowel movements.

The exact cause of Crohn’s disease is still unknown. However, studies have shown genetics, environmental and hereditary factors play a critical role in the development of Crohn’s. Diet and stress can also play a significant role in the progression of this disease.

A wide range of medication and treatment options are already available in the market to treat this condition.

However, instead of reducing inflammation, these options usually aim at suppressing the immune system, or alternatively, in more severe cases, Doctors cut out the infected part of the intestine to slow down the progression of the disease.

HOW MEDICAL MARIJUANA CAN HELP

Medical marijuana has over 100 active compounds, many of which have yet to be studied; however, the cannabinoids that have been researched show great promise against inflammatory diseases and generalized inflammation.

There was a case in Illinois where a 14-year-old boy Coltyn was suffering from the chronic case of this disorder.

After trying some medications, such as Asacol, Entocort and then Remicade; he was left with severe symptoms, with no relief.

Also, these medications resulted in the development of Rheumatoid Arthritis, lupus and serum-sickness. These horrendous side effects also resulted in intense pain that eventually made him incredibly weak.

Desperate and under medical guidance from multiple doctors’; his parents decided to shift to a medical cannabis treatment. Although Crohn’s disease was not a qualifying condition, his symptoms were.

After a medical marijuana recommendation from two pediatric specialists, he started consuming marijuana. To his surprise, he started feeling better, only after a short period of a few weeks.

MEDICAL MARIJUANA IS BENEFICIAL FOR TREATING CROHN’S DISEASE, HERE’S HOW:

The use of medical marijuana for the treatment and management of a number of symptoms and diseases isn’t as surprising or unheard of anymore.

Scientists are working towards harvesting the potential benefits of this plant for the pharmaceutical industry. The hope is that there can be alternative treatments for medications, such as opiates and other heavy narcotics.

Similarly, medical marijuana has a number of benefits while treating patients who have Crohn’s Disease.

However, consult your doctor or specialist before modifying any current treatment regimen. Many people use medical marijuana concurrently, with their other medical treatments, with very little negative side effects.

Medical cannabis helps in treating or managing Crohn’s by:

Medical marijuana shows marked improvements in most of the symptoms associated with this disease, such as appetite loss, intense pain, nausea, vomiting, and many more.

Therefore, cannabis suppresses inflammation of the peritoneum. It also modulates T cells, B cells and other inflammatory cells; which inhibits gastrointestinal hypermotility because of inflammation.

A study revealed that medical marijuana can also reduce the progression of this disease along with a decrease in the number of symptoms like frequency of bowel movements, boosting appetite.

A wide variety of cannabis strains are useful for this condition:

This is a THC/CBD sativa dominant hybrid with a ratio of 5:2 THC to CBD. This strain is known for its energetic alertness; in combination with, strong daytime pain relief.

It is a THC dominant Sativa strain which is known for its energy boosting effects. It can be highly helpful for reducing abdominal cramps or pain.

CBD Rene is an innovative new strain that combined Cannatonic and the original strain Rene, to form a strain that is 1:1 THC to CBD. This strain offers strong pain control and can be used all day as this strain does not cause drowsiness.

A personal favourite of Snoop Dog, Master Kush provides strong pain relief and works on a number of Crohn’s symptoms. Do be wary of this strain as it is one of the strongest medical strains in the world and Master Kush may make you quite drowsy, it is mostly a nighttime strain.

This strain is a potent pain-reliever. It contains both the active cannabinoids, THC and CBD.

This is an indica strain known for its amazing euphoria which helps in relieving pain and inflammation effectively.

This strain provides instant energy coupled with the benefits of munchies.

This strain provides similar effects as that of a coffee without any side effects. It is highly beneficial for patients with the issue of fatigue.

This strain provides nausea relief; as well as, potent pain relief and relief from muscle spasms. This strain can cause drowsiness and is best used in the evening.

This strain helps to control nausea without any euphoric issues. Plus, this strain is beneficial for both day and night time use.

You can choose any strain for your symptoms. Or search for 420 doctors near me, and consult the specialists regarding strain that will be beneficial for you. Many patients are using medical marijuana for a number of medical conditions.

Why go for these conventional treatments when you can get the best of health by consuming medical marijuana (smoking, edibles, vaping, tinctures).

Crohn’s disease can enormously affect your personal; as well as, your professional life. It can also hamper your overall expenditures and be quite costly with prescription medications.

Medical marijuana can benefit a patient in many ways with minimal prices such as:

Therefore, like Coltyn, you can also manage or entirely treat your condition with the help of this incredible medicinal plant called cannabis.

What are you still waiting?

Apply for a medical recommendation and get your 420 evaluations online now.

Jo Harvelle, a resident of California working as a freelance writer. As a blogger himself he is working towards making people aware of different medical conditions and how can they deal with it using medical marijuana in the best possible way.

About Bud 237 Articles
“Bud” represents our entire team here at DispensaryGTA. Our articles come together through the collaboration of multiple people who have extensive experience in the world of cannabis. Whether we are writing a review of a mail order dispensary or an informational article, our team here strives for detail and accuracy in everything that we do. We pride ourselves on producing articles that you can trust and hope that you enjoy the content on our site. You can always contact us at: [email protected]
Website Facebook Twitter

Where to Buy THC/Weed Edibles Online?

What is the best place online to buy THC edibles? One of the best experiences any weed/pot user can have is through edibles but figuring out where to find the best edibles can be a […]

Peak420.ca is a Canadian Online Marijuana Dispensary based in Vancouver, British Columbia. Taking new and innovative steps, Peak420.ca guarantees patients lab tested product, that has been cultivated by carefully chosen vendors. The fact they openly […]

FADED Cannabis Co. is small, craft concentrate and edibles producer located in Vancouver, British Columbia. This Canadian company was established with the intention of providing the highest-quality medical marijuana options for their patients.   From […]

Dank is an awesome members-only dispensary that is offering new customers huge discounts to try out the quality products that have been expertly selected by their experienced team. This dispensary is offering a huge 20% discount for a limited time, giving you every reason to try out Dank for your next order. […]

Review of The Natural Remedy

We review the very best THC gummies in Canada that you can find at online dispensaries. Our article details 10 high-quality gummies that contain THC (and CBD sometimes). The gummies on our list are an amazing way to deliciously consume THC each day. […]

Review of Herb Approach & Coupon for 10% Off

We reviewed 3 strains from Herb Approach that demonstrate their commitment to quality and customer satisfaction. The quality demonstrated by Herb Approach demonstrates why they are a top player in the Canadian cannabis community and their website and selection is one of the largest that we have seen. […] 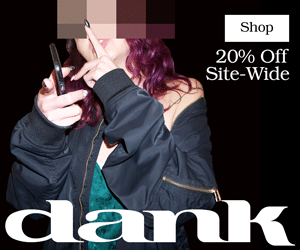