The legalization now means that people are free to possess and use marijuana recreationally. As such, more and more people are becoming interested in planting their own cannabis plants.

If you are one of them, then you may need to find out just where to get marijuana seeds from. Here are some of the places you can purchase cannabis seeds in Canada legally. With its liberal stance on alcohol, Alberta is allowing private retailers to dominate the emerging industry.

The number of licenses Alberta Gaming, Liquor and Cannabis Commission is willing to give is limitless; except no one retailer will have more than 15% of all the licenses issued.

Some of these retailers already include Daily Blaze, Green Exchange, Cannabis House and Small Town Buds.

Manitoba has been a pioneer in giving private cannabis retailers the right to sell marijuana. The province has awarded 4 private companies licenses so far.

One of the private companies, Canopy Growth, has partnered with Delta 9 Cannabis; which is a Winnipeg located store, to create a cannabis network.

The fourth retailer is a corporation between Manitoba and Ontario, named First Nations, a US-based retailer called, Native Roots and Ontario-based, MediPharm Labs.

New Brunswick was ahead in preparation for cannabis legalization. There are 20 Cannabis NB locations in the province, with more than 250 different products available for purchase.

The first government-run cannabis store in the province was opened at 87 Lansdowne Ave., St. John. Like here, all the locations categorize the weed according to what the consumer plans to do after usage.

Furthermore, the stores have a high-end electronic store look, rather than the typical look for a marijuana dispensary; as well as, tight security.

Even though Quebec is the country’s second largest province in terms of population, there are only 20 weed stores in the province. This is the same number of cannabis stores in New Brunswick; which has, less than a tenth of Quebec’s population.

Nunavut is the only territory that does not have a brick and mortar cannabis store. In fact, for almost 40 years, prior to 2017; they did not have a physical liquor outlet either. As such, residents only have the option of purchasing weed and seeds online.

There are many other private online seed banks that you can purchase marijuana seeds from, such as Beaver Seeds. It is always advised that you do the necessary research before making any purchases on the Internet.

You need to be confident that who you are buying from is legitimate and won’t run off with your hard earned money or send you a product that leaves a lot to be desired!

The Ontario Cannabis Store is a subsidiary of Liquor Control Board of Ontario (LCBO), which is provincially-owned. It is expected that this store will have over 40 locations by the end of 2020 and while that is great, it may still not be adequate to meet the demand of Ontario’s citizens.

More recently, talks of the LCBO opening stores has halted completely, with the arrival of the provincial conservative government. They have opened the licences up to private dispensaries, but only after December 1st, 2019. The LCBO will continue to handle distribution to private retailers.

Currently, there are no brick and mortar stores and everything is being offered online; but, only when the OCS can provide it. This will change December 1st, 2019 when private retailers will finally be receiving an unknown amount of licences from the LCBO.

Newfoundland is the sole province that allows private dispensaries to sell marijuana. About 24 cannabis stores were expected to be open for business on December 17, 2018.

Canopy Growth; which is the largest cannabis company worldwide, is located in Smith Falls. It is the primary wholesale marijuana supplier, with four more brick and mortar locations expected to operate through the company’s, Tweed subsidiary.

When cannabis was completely legalized, there was only one legal online marijuana dispensary offering coupon codes in British Columbia. B.C. Cannabis Store can be found in Kamloops, inside the Columbia Place Shopping Centre.

The province’s Public Safety Minister said the government-run dispensary, which also has an online store, will meet the demand for the herb. Having made agreements with over 30 licensed medical marijuana producers such as Tilray Inc., Canopy Growth Corp and Aurora Cannabis; the pot store has an array of marijuana strains and seeds.

Currently, the government is the sole wholesale cannabis supplier to this BC store; as well as, the private dispensaries that already exist and are awaiting formalization. Some have already been given licenses, granting them some amount of legality. 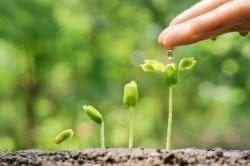 After research done by Statistics Canada showed that Nova Scotia had the highest number of cannabis users, The Nova Scotia Liquor Corporation has opened 12 retail stores, instead of the 9 they had initially planned to open. Residents also have the option of purchasing online.

As Canada’s smallest province, both in physical size and population; Prince Edward Island (PEI) has opened 4 cannabis stores. These stores are estimated to serve 35,000 Islanders per cannabis store. (Each retail marijuana store in Ontario serves about ten times as many residents!)

Moreover, the PEI cannabis stores have been opened at 509 Main St. in Montague, 425 Granville St. in Summerside, 474 Main St. in O’Leary and 85 Belvedere Ave. in Charlottetown.

The government of Yukon opened just one cannabis retail outlet in Whitehorse, the capital. You can get a gram of marijuana there for $8. The store is said to have a wide collection of products, to suit the needs of the provinces’ population of 36,000.

A whopping 51 licenses were granted to private cannabis retailers, which include Canopy’s Tweed Grasslands, First Nations and even a recent university graduate, who opened up a cannabis store called, Living Skies Cannabis.

Always check to see if the retailers are currently in operation before going because although 51 businesses were given licenses, not all may be in (full) operation as yet.

If travelling isn’t an option, we recommend QuebecCannabisSeeds for all of your seed needs. Whether its autos, feminized, regulars or CBD; QuebecCannabisSeeds provides top-notch products, quality advice and excellent customer service. Moreover, this seed bank contains a large variety of quality strains, for reasonable prices. If you have a green thumb; or alternatively, no experience at all, QuebecCannabisSeeds have the knowledge and the superb product, that will have you going from a buyer to a grower, in no time!

The only question remaining, is what are you waiting for? Have any questions or comments? Please leave a detailed message below!