As a novice cannabis enthusiast, chances are that you have a lot of questions to ask about the plant before you get involved with it. Trust me, you’re not alone. Online and offline, people are asking these questions; getting mostly unsatisfactory answers.

This article will provide you with a truckload of information about cannabis by answering the most important questions about marijuana. Are you ready? Here’s our top 13

Cannabis refers to dried flowers, leaves, or other plant extracts of the cannabis plant. It is often referred to as marijuana, pot or weed. The flower is used chiefly as a psychotropic drug, usually combusted using joints or bongs and vaped using dry herbal vaporizers; though it can also be made into oil and wax.

Cannabis contains over 113 cannabinoids, the major chemical most people associate with marijuana is tetrahydrocannabinol (THC), which is the psychotropic chemical or the molecule that makes you feel “high”.

Cannabis also contains Cannabidiol (CBD), which helps with pain relief, has anti-inflammatory properties, can combat anxiety, depression and can even treat epilepsy. CBD is non-psychotropic, meaning this molecule does not induce intoxication.

There are several ways people use or consume cannabis. The most common way is smoking. The dried leaves and the bud of the flowers of cannabis are rolled up into a cigarette, hand pipe or a placed in a water bong and smoked.

Others make edibles from marijuana. This means that they use marijuana to make butter, cook foods and add it to other edibles like tea. Cannabis can be vaped too. In ordinary terms, users can inhale the vapors of marijuana after heating with a special device called a vape, vape pen or vaporizer.

Alternatively, they can be added to creams and used as pain relievers. This is an indirect way of consuming cannabis which is common when doctors prescribe the substance.

A yearly survey conducted by NIDA to monitor the use of marijuana shows a stable result over the last couple of years now. According to their findings, about 10% of eighth graders, 26% of tenth graders and 37% of twelfth graders did use marijuana last year. This figure could rise this year as more states in the US approve cannabis without a doctor’s prescription for adults 21 years and above

Further research also reveals that people in their late teens and early twenties are most likely to use cannabis than any other age group. This declines in the last years of the twenties.

Have you ever wondered why people take cannabis and their mood change fast? Cannabis contains; as mentioned earlier, a psychoactive chemical called THC. So, when taken, THC spreads quickly all over the body. At the brain, it attaches itself to important nerve receptors. This action influences the side of the brain that controls thinking, movement, concentration, appetite, pain, memory, pain, coordination, time perception and sensory. 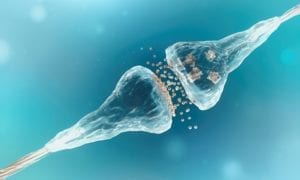 THC acts just like a chemical produced in the body called endocannabinoids. This chemical plays a major function in brain development and function. Because of how far-reaching and strong the impact of endocannabinoids is on critical areas of the body, marijuana can cause a lot of disruptions in our body chemistry. It is important to note that while some of the effect of marijuana on the body are short-lived, many do have a long-lasting impact on the body.

Traceable amounts of THC can always be found in the body several days or as much as weeks after cannabis has been consumed. If the cannabis was taken in form of smoked marijuana, it’s effect in the body only last 1 – 3 hours.

For cannabis consumed through any edible form, the effects can last for several hours because it follows are metabolic route that takes a longer time for proper digestion of both it and the food it was mixed with.

There are many observable effects of marijuana in the life of the user. To discuss this subject, we’ll consider it in two categories; short-term effects and long-term effects.

The following are short-term effects of marijuana:

The following are the long-term effects of using marijuana:

The disorders that accompany marijuana use are mostly found among early users of marijuana. These are people who were below 18 years of age when they started using cannabis.

While it affects some mildly, its effect on others are high. How marijuana affects people depends on a number of factors. These factors include the individuals’ genome, the person’s previous experience with using marijuana, the potency of the strain and how the strain was taken.

The chief determinant of marijuana potency is the amount of THC in the cannabis.  If the user has an adverse reaction to the potency of their chosen strain, they can quickly use a CBD product as an “antidote” to the THC. CBD binds to the same receptors as THC. As CBD is non-psychotropic; you will quickly feel relief from the THC.

You might have wondered if using marijuana will push you to use other harder drugs like cocaine. Well, no. There is no research that supports any such connection between the two.

Current findings suggest most marijuana users do not move on to use harder drugs. But almost all users of cocaine and other harder drugs have at some point in the past used marijuana before moving on to cocaine.

More research is ongoing to determine how increased exposure to marijuana affects teenagers. Their goal is to determine the changes in the brain that occur with underage use.

This is a very popular question on the lips of everyone who comes in contact with marijuana for the first time. The truth is that science has not yet found a direct link between marijuana and increased cancer risk.

The red light there is that marijuana irritates the lung which in turn increases the risk of other respiratory diseases. Cannabis also works as an anti-inflammatory and more research is needed.

A definite yes! It’s common for long-term users of marijuana who withdraw to experience some mild withdrawal symptoms. Common symptoms can include irritation, decreased appetite and difficulties with sleeping.

This withdrawal poses no form of health threat and is generally more of a nuisance than anything else.

Synthetic cannabinoids are otherwise known as K2, spice, or AK47 is known to cause: loss of consciousness, induced retching, trouble with learning and vomiting. It contains lots of man-made chemicals – which drastically alters the body’s normal metabolic cycle. 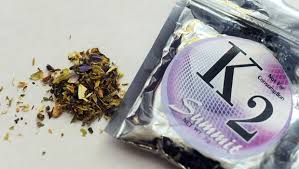 The risk associated with synthetic weed is that it contains a lot of laboratory chemicals whose impacts in the body are still not completely understood by scientists. Researchers are still trying to identify potential specific effects of these xenobiotics with various results obtained every time.

Emergency rooms in hospitals across the US report symptoms such as increased heart rate, negative mental responses, and vomiting. These reports are mostly associated with young people who are the most common users of this alternative to weed as called in some quarters.

Though government in most countries are banning this substance (while promoting naturally grown cannabis) manufacturers of synthetic cannabinoids are still largely undeterred as they are constantly seeking out new means to circumvent these government restrictions. Typically, they continue to alter the chemical composition of synthetic cannabis; hence the inconsistency of observable symptoms in people who use them.

Some chemicals contained in marijuana such as THC and CBD are known to have medical uses. The use of THC based medications to treat nausea in patients undergoing chemotherapy have been approved by the FDA. 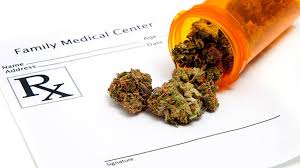 Also, CBD based medications are currently under development for use as a pain relievers and in treating seizure disorders. What does this tell you? Marijuana is a plant, its extracts are medicinal and by extension, it is a medicine.

There are a number of behaviours that should give parents hints about the possible consumption of marijuana by their children. Naturally, parents should become curious if their children suddenly stop brushing their teeth or hair; experience frequent mood changes; start skipping classes or school; drop in grades; become unable to relate effectively with family members; change eating and sleeping patterns, and many more.

The list is by no means conclusive and does not mean under-aged children who show these signs have become drug lords or cannabis enthusiasts.

However, as a parent, you need to take note of any such sign you observe and act on it. Probe your child to know what is happening to them. The knowledge of whether they have started consuming cannabis or going through some other challenges will help you in your parenting job. Either way, you will be able to counsel your children or teach them what they must know.

Don’t forget to talk to your children openly about the dangers of early use. This will be the best defence against early marijuana smoking and just like alcohol, marijuana is a drug that is best consumed as an adult. The early use of both alcohol and cannabis can disrupt healthy brain development.